In our fast pacing lives, we are left with no energy to stay active for a healthy living. The people are who are into fitness and want to be healthy, no matter how busy their schedule is, will manage to dig some time out for their routine!

But to keep themselves energetic, they turn to pre-workout supplements.

However, with lots of options available in the market, it can be confusing at times, which is the best pre-workout supplement and why! 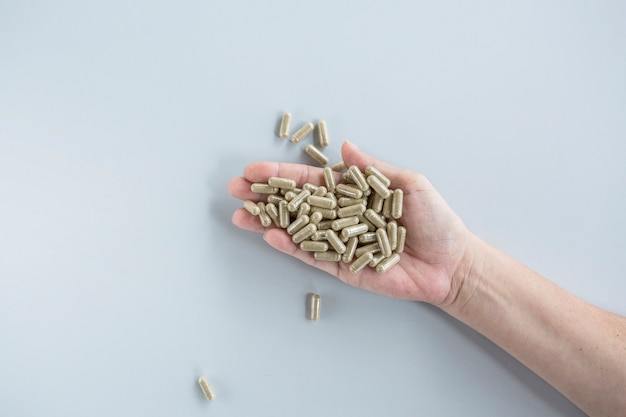 Before choosing a pre-workout supplement, analyze your goals and the type of exercise you are active in. Generally, some ingredients found in those supplements will only advance the exercise performance; some will increase strength/power, while others enhance endurance.

Hence, it is very important to know what ingredients are best for your type of exercise.

Mentioned-below is the 7 most important ingredients that have revolutionized the health industry.

1. Creatine
Creatine has been considered to be the number one dietary supplement by most sports experts. It is because creatine is a type of molecule that is found in our cells. If the results of various results are to be believed, then creatine safely increases the mass, exercise performance, and strength. It was also noticed that people involved in the proper weight training showed 5-10% higher strength gains with their involvement with creatine.

This happens because creatine is an essential energy production system present inside your cells. If the cells of your muscles will have more energy, then your performance while exercising will automatically increase.

For the considerable increase in your muscular strength, one should start with 20 grams/day, which is split into multiple servings when you start taking the supplement.

Later on, a maintenance dose of 3-5 grams per day will work.

2. Caffeine
A natural substance found in beverages like tea and coffee. It excites certain parts of the brain to make you more alert. Hence, it is used as a pre-workout supplement to increase the exercise performance by boosting power output, or the capacity to generate force quickly for different types of exercise such as running, sprinting, weight training or cycling.

Studies suggest the recommended dose of caffeine is about 1.4-2.7 mg/pound or (3-6mg/kg) of body weight. This dose is considered safe for a human body, and if a higher dose is consumed, then it can cause more sweats, dizziness, tremors, and vomiting.

Also, it can cause an increase in blood pressure and escalate restlessness. People respond differently to a varied dosage of caffeine. So, consume it in suggested limits.

3. Beta-Alanine
Amino acid- Beta-Alanine fights muscle fatigue during intense exercise when acid starts building in your muscles.
Consuming beta-alanine as a supplement multiplies its concentration in the body to better the exercising performance.
This supplement may not be useful in improving the exercise that doesn’t last for more than 1 minute.
Few shreds of evidence suggest that this supplement is good for building long-term endurance, but shows lesser lasting effects during short-term exercise.
The suggested dose for enhancing the exercise performance is 4–6 grams/day.

Note: If after consuming Beta-Alanine you feel any tingling or needle; you need to keep in check the dose. 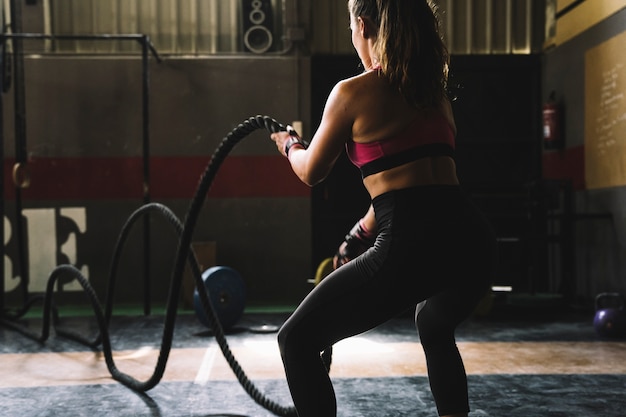 4. Citrulline
Other amino acids that are naturally produced in our body are Citrulline. Consuming Citrulline as a dietary supplement increases citrulline levels in the body. Its consumption increases the exercising performance by increasing the flow of blood to the tissues.

It increases the supply of oxygen to the muscles to perform better during vigorous workout sessions. In one case study, it was noticed that the cyclists who consumed Citrulline cycled about 12% longer than the one who did not!

It also decreased the muscle soreness significantly in the post-workout days. It comes in two forms: L-citrulline for endurance while others used citrulline malate for weight training.

Any form of this supplement is safe and does not show any side effects if the dose of 15 grams in multiple servings is consumed.

5. Sodium Bicarbonate
This kitchen product surprises everyone when told that it can be used as a sports dietary supplement.

Typically, known termed as baking soda, it fights as a shielding agent against the acid production during an intense workout. It helps in minimizing fatigue during exercise. Fatigue is generally categorized as ‘burning sensation’ which is a characteristic of acid production in the muscles

Researches showed that sodium bicarbonate benefits that burning sensation. Though there are not many studies on baking soda uses in exercise performance, experts suggest that is beneficial.

6. BCAAs
BCAAs stands for Branched-Chain Amino Acids and contain 3 important molecules: leucine, isoleucine, and valine. These types of amino acids are found in foods, particularly, animal meat and products like meat and eggs.
BCAAs are commonly consumed for muscle-building, but they are less effective than the whole protein.
However, consuming BCAA as pre-workout supplements serves you with a lot of potential benefits.
Other studies showed that BCAA supplements decrease mental and physical exhaustion.
Despite some positive results, the ending results for BCAA supplements concluded as mixed.
Nonetheless, the possibility of enhancing exercise performance and fatigue reduction by BCAAs can be advantageous for some people.
BCAAs dose varies between 5–20 grams and the ratio of leucine, isoleucine, and valine also differs, but commonly it is found as 2:1:1.
Many people consume BCAAs each day from food sources, so it makes sense that these supplements are generally considered safe at typical doses.

7. Nitrate
It is a molecule that is normally found in vegetables like spinach, beetroot, and turnips and interestingly, our bodies produce naturally in the body. It helps to better the exercise performance because it converts into nitric oxide, which raises blood flow.

Studies show that beetroot juice increases the time before exhaustion and the speed while running. It also helps in reducing the fatigue that one feels during running.

Hence, it is used as a pre-workout supplement to increase the exercise performance by boosting power output, or the capacity to generate force quickly for different types of exercise such as running, sprinting, weight training or cycling.

Bottom line:
Finding time for a workout is tough along with our busy lives. But, some pre-workout supplement can make it easy for you! The above-mentioned ingredients can increase exercise performance; choose the one that suits your requirement. And, in case you are vegan, then don’t worry! A lot of vegan supplement store available online these days. Also, for the seekers for joint support supplements, for that many safe online options are available.